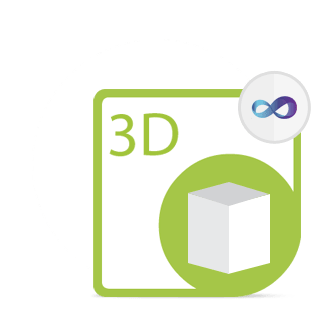 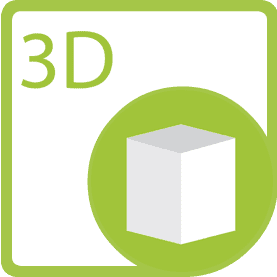 Open NuGet package manager, search for Aspose.3D and install.
You may also use the following command from the Package Manager Console.

Aspose.3D for .NET API is user-friendly and can be deployed with any .NET application as easy as copying it without worrying about other services and modules that are installed already.

An overview of the capabilities of API.

Create 3D scene & save in the supported format

Load, save & convert files to a stream

Triangulate a Mesh with Custom Memory Layout of the Vertex

Add a Target Camera in Scene

Animate Objects in a Scene

Render a 3D View in the Image Format

Cast and Receive Shadows on Geometries

Enhance the creation of cylinder

Aspose.3d for .NET provides an array of advanced algorithms that makes it an all-in-one solution for 3D file format conversion. The conversion process is as simple as changing the file extension to the desired format. All you need to do is to load the source file in an instance of Scene, and call its Save method with an appropriate FileFormat parameter. That's it!

Aspose.3D for .NET empowers programmers to easily generate scenes from scratch without needing to install any 3D modeling or rendering software. The 3D .NET API also enables to save the scenes in formats (FBX, STL, WavefrontOBJ, Discreet3DS, Universal3D and Collada) by calling the Save method of the Scene class object.

Metadata is structured information that describes, locates and makes it easier to retrieve, use and manage an information resource. Aspose.3D for .NET API allows developers to define Metadata for the scene.

.NET 3D library allows the developers to build a mesh of various 3D geometric shapes, define control points and polygons in the simplest way to create meshes and point a mesh to multiple instances of a shape type. Developers can also place 3D shapes anywhere on the 3D scene.

To reduce memory necessities, a single instance of Mesh can be bound to various instances of Node. Envision that you require a system where a large number of 3D cubes seemed to be indistinguishable; you could spare memory by making one Mesh object when the system begins up. At that point, each time you require another shape, you make another Node object, then point that node to one Mesh. This is how API manages instancing.

Convert a mesh to the triangle mesh because any complex structure can be represented as a bunch of triangles. The graphic software packages and hardware devices operate more efficiently on triangles. The memory layout of Vertex is also important to feed the GPU (Graphics Processing Unit) because the GPU must also know about the vertex layout in order to extract correct attributes from the buffer.

Independent of any External Software Installation

Aspose.3D API is built using managed code that never depends on any external API or software installation on the machine to work with 3D files. It is a perfectly customized solution in terms of supported features, security, stability, scalability, speed and price.