Manipulate Word, Excel, PDF, PowerPoint, Outlook, 3D, CAD and more than 100 other file formats from your own Java applications. 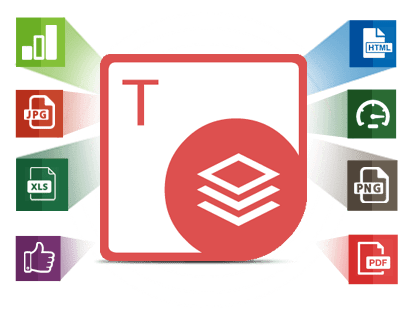 
Aspose.Total for Java is a collection of file format APIs for Java developers, empowering them to create, edit, render, print and convert between a wide range of popular document formats from within any Java J2SE, J2EE, J2ME applications.

Aspose.PDF for Java is a PDF document creation API that enables your Java applications to read, write and manipulate PDF documents without using Adobe Acrobat. It is a standalone API that offers great deal of features including PDF compression options, table creation and manipulation, extended security controls and custom font handling.

Aspose.Imaging for Java is an imaging API that lets developers create, edit, draw or convert images in their Java applications. It offers a broad spectrum of traditional image processing operations as well as most demanded features that make it the most widely used imaging engine.

Aspose.Note for Java API enables Java applications to interact with Microsoft OneNote programmatically without it being installed on the server. It is a pure alternative for the Microsoft OneNote Object Model and provides better performance and ease of use for managing OneNote documents.

Aspose.CAD for Java enables the Java developers to convert AutoCAD DWG and DXF drawing files to PDF and raster images. It is a native API that does not require AutoCAD or any other software to be installed.

During our implementation, we could sense that we touched only a fraction of what Apose.Total is capable of. The API’s ease of use give the developers satisfaction for “getting work done” with it’s simple and clean code, and the end product’s robustness makes our customers happy.Igor Klafke | W3K Tecnologia, Brazil

We tried several other free and paid solutions, but all of them had limitations that were too great for our use-case. Most of the problems with our solutions arose in converting Microsoft Office files to PDF. Only Aspose proved to do this perfectly every time.Rick Goud | ZIVVER, Netherlands

We can only say one thing: excellent product and excellent service. Sometimes, you can find a good product with a lack of customer care. This is not the case for Aspose.Andreu Garcia | Fermator, Spain

Aspose.Total is a powerful suite to process nearly all kinds of documents in high speed and great quality. It effectively reduces the programming effort.Thomas Groß | Join and Share, Germany