Convert DOT to BMP in C#

Native and high performance DOT to BMP conversion using server side Aspose.Words for .NET APIs, without the use of any software like Microsoft or Open Office, Adobe PDF. 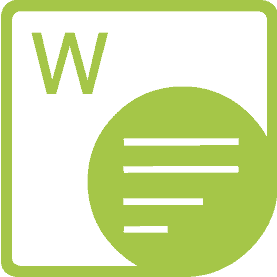 About Aspose.Words for .NET API

Aspose.Words API can be used to load, view and convert Microsoft Word and Open Document Formats like DOC, DOCX, ODT to PDF, XPS, HTML and various other formats. You can also create new documents from scratch and save them in the supported formats. Aspose.Words is a standalone API that is suitable for server side and backend systems where high performance is required. It does not depend on any software like Microsoft or Open Office.

Steps for converting DOT to BMP in C#

A basic conversion with Aspose.Words for .NET APIs can be done with just few lines of code. Our APIs are supported on all major platforms and Operating Systems. Before executing the code below, please make sure that you have the following prerequisites on your system.

Aspose.Words makes it easy for the developers to convert the DOT file to BMP in few lines of code.

Convert DOT to BMP right now by visiting our Live Demos website. The live demo has the following benefits

Files having extension .BMP represent Bitmap Image files that are used to store bitmap digital images. These images are independent of graphics adapter and are also called device independent bitmap (DIB) file format. This independency serves the purpose of opening the file on multiple platforms such as Microsoft Windows and Mac. The BMP file format can store data as two-dimensional digital images in both monochrome as well as color format with various colour depths.